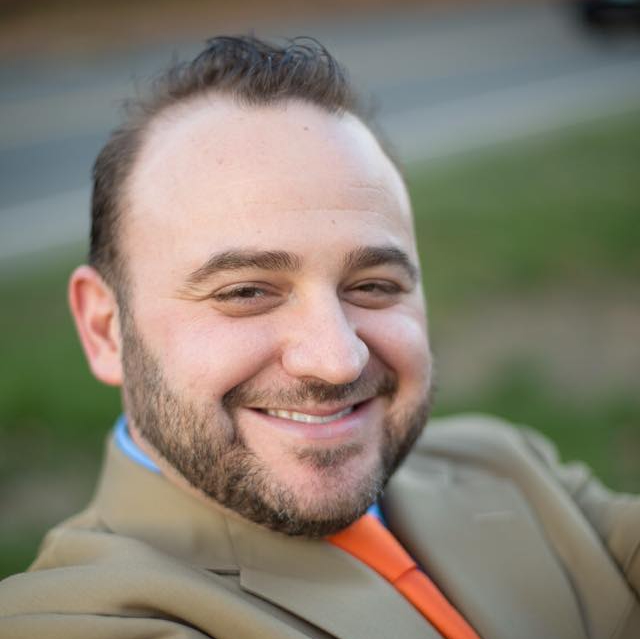 Passionate and personable, Rich Rochlin is a seasoned attorney with nearly 20 years of diverse legal experience who is committed to providing holistic client-centered representation. From the pedigree of large firm success to his growth as a solo practitioner, Rich has represented clients in a vast array of matters ranging from commercial law to civil litigation. Ultimately, Rochlin’s drive to help people resolve their most difficult problems led to him to develop a practice primarily focused on family law.

Rich’s pursuit of professional happiness truly began when he made the bold and nearly unprecedented decision to leave behind his traditional large firm success, then as a partner at Shipman and Goodwin, to launch a small practice. Rich opted to carve out a niche where he could meaningfully connect with people and help them solve difficult problems. Although the choice was rife with risks and uncertainty, if asked whether it was worth it Rich would answer with a resounding “yes.” The career shift resulted in Rich’s continuing professional satisfaction with his very active and ever-expanding law practice. Rochlin represents a wide array of clients, primarily in family matters including custody, divorce, child support, and as a Guardian as Litem for minor children.

Rich’s love for his work is apparent in his client representation. Somewhat of a delightful enigma, Rich is has an uncanny ability to zealously represent clients with a positive attitude, from amicable family matters to the most contentious disputes. He prides himself on his ability to employ masterful alternative dispute resolution strategies and craft creative, yet reasonable, agreements that balance client needs and preserve familial integrity. Rich understands the inherent difficult in mediation and compromise, but has a keen ability to help clients through the challenges.

Rich provides legal representation and results that are reflective of his ability to fully and genuinely engage with new clients & their cases. Embracing the critical understanding that no two families are alike, Rich is able to keenly understand the dynamics, perspectives, and values at the core of every matter. Rich approaches each new case with an empathetic client and family-focus, which is largely influenced by his cherished role as husband and father. Rich’s family values are inextricably intertwined with his practice and approach to resolving family disputes.  His authentic and unique approach lays the foundation for exceptional individualized client representation.

Rich recognizes and preserves client’s well-being, needs, and priorities that are often not traditionally protected by the legal system. Rather than ignoring the personal challenges that frequently accompany legal problems and vice versa, Rich has embraced compassion and strives to foster client well-being. As a result, he has adopted a holistic approach that aims to support and help clients and families address adjacent needs. In doing so he has built an increasingly diverse and multi-faceted network of professionals and encourages interdisciplinary collaboration.

While Rochlin seeks to resolve disputes, he firmly believes that failing to recognize that some entrenched conflicts must be litigated would be a disservice to his clients. When the need arises Rich is a hard-hitting, competent trial attorney with years of extensive trial and arbitration experience that has equipped him with the skills and readiness to advocate for his clients until the end. Rich is an exceptionally versatile attorney capable of adapting his representation to meet a multitude of client needs, no matter how challenging.

Rich is no stranger to taking on high profile or particularly contentious cases. In 2012, Rochlin successfully represented numerous state employees accused of wrong-doing by Governor Malloy where the employees faced termination and accusations of fraud. The matter was highly publicized, including Rich’s bold and unconventional tactics that proved successful much to the dismay of Malloy and his administration. Irked by the success of the newly emerging solo practitioner members of administration took the low road by publicly insulting and criticizing Rochlin. Unfazed, Rochlin opted for the high road and sustained his momentum by leveraging the negative publicity and resulting attention to the matter. His creative and aggressive strategies paid off and almost all of the employees were returned to work.

Of course, Rich recognizes that difficult cases rarely result in an underdog victory. He also has a proven ability to handle representation in high profile and controversial matters with dignity and grace. In 2019, Rich was hired to represent Fotis Dulos in his pending family matters amidst national media coverage of his missing wife and allegations that Mr. Dulos himself was to blame.

Rich’s legal acumen, approachability, and willingness to contribute have earned him a strong reputation in the state. Rochlin was among the 2.5 perecent of attorneys in Connecticut named a Rising Stay by Super Lawyers Magazine for the years 2010 to 2015. Moreover, his focus and prominence in the area of family law has fostered new opportunities in the legal community. In 2018, Rochlin was trained and certified as a Guardian ad litem in Connecticut. Since then, Rich has been appointed to represent the interests of children in several complex and highly contested family matters. Often placed in a position to investigate sensitive matters and make difficult recommendations, Rich has become well-versed as a diligent, perceptive, and well-poised GAL. Rich also enjoys serving as a Special Master for family matters in Hartford and New Britain Superior Courts where he provides insight and recommendations to parties in the dissolution process. Rich was also appointed by the judges of the Superior Court to sit on on the Grievance Committee for Middlesex County.  He has also collaborated and co-authored a recent opinion/editorial in the Connecticut Law Tribune regarding a proposed change to the time allotted to family law judges to issue decisions. Rich aims to help the public understand their rights and relevant legal issues. He has made appearances as a legal consultant on WTNH News, and has appeared on CNN, WFSB, NBC30, Fox61, Fox News, the Hartford Courant and a variety of other news outlets. Rich also uses his strong social media presence to encourage diverse community perspectives to engage in constructive hot topic discussions.

Rich is passionately focused on his busy practice and involvement in the legal community, nonetheless his continued desire to meet and help new people has not been overshadowed by his growing success. Rich is frequently engaged in community endeavors. His outgoing and generous nature have fostered numerous community-based relationships, particularly among a host of entrepreneurs and businesses. Rich has enjoyed representing prominent local restaurants, including Arugula, Bear’s BBQ Smokehouse, Krust, Osa, El Pollo Guapo, and Millwrights. These partnerships have fueled his affinity for fine dining and creative expression while providing him the opportunity to cater his business and financing experience to deliver a high quality, personal and attentive legal representation. Rich has also continued to maintain professional relationships, including his long-standing role as outside General Counsel to Dalene Flooring, a 4th generation family-owned flooring business with several retail locations throughout Connecticut.

Having overcome adversity himself, Rich practices with humility and embraces charitable opportunities that benefit the community and help individuals in trying times. He dedicates a portion of his practice to pro bono and low bono representation. Rochlin has used his legal skills to benefit community organizations on a pro bono basis. He is General Counsel and Secretary to the Collins Foundation, Inc., which provides leadership training and college scholarships to underprivileged high school students.

Beyond the practice of law, Rich is an active family man. He resides in Farmington with his remarkable wife and three adorable children. Rich is proud of his accomplishments made accompanied by his “Esq.” tag, but it is undeniably his other three letter title of “dad” that has been the source for his greatest inspirations, challenges, and rewards. Rich also enjoys being a photographer. He has handled assignments on behalf of Connecticut Food and Farm Magazine and has had the privilege of capturing timeless memories and momentous memories, including weddings and births.

Rich is a graduate of The American University in Washington, D.C. and The University of Connecticut School of Law (with honors) where he was Managing Editor of the Connecticut Law Review.

Testimonials
Read what our clients have to say about Rich here